A 'truth story' from the Ramayana,
an ancient Indian text.

At last, after enduring what seemed like hours of attempted escape through the jungle, he came across a clearing in which stood a little cottage.  Exhausted, hungry and thirsty, the king knocked on the door and asked for help.  An old woman peered out.  She did not recognize the king and was afraid to open her door to a stranger.

“I can’t let you in, but I can offer you food and water.  Here are some lentils and spices, a cooking pot and some water.  You may build a fire in the garden and cook yourself some dhal,” she said. 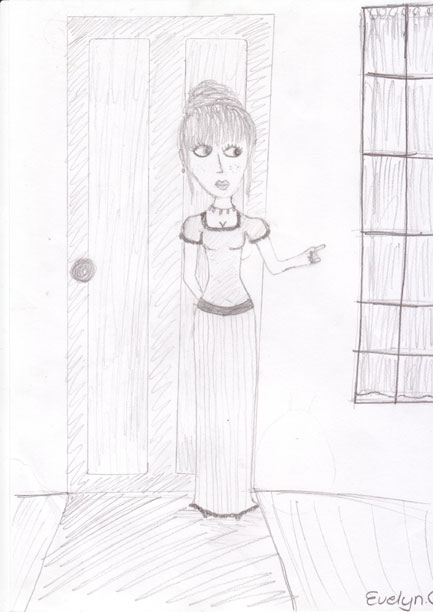 Now King Janaka had to make a fire to cook his dhal.  The smoke hurt his eyes and it took a long time for the pot to boil and the lentils to cook, but eventually he could turn his dinner out onto a banana leaf to cool.

Then, as he was about to eat, two wild boar came screaming and fighting through the clearing, right over the king’s food, mashing it into the mud!

Poor Janaka could take no more.  He cried out in his pain, and tears ran down his cheeks…and with that, the king woke up!

“Was that a dream, or is this a dream?" he wondered.  “Perhaps I am defeated in battle, starving on the mud of a far-off jungle clearing and dreaming that everything is normal!

Janaka turned to his trusted advisors for help, his teachers and philosophers.  But as he listened, he soon tired of their explanations and, to teach them a lesson, ordered them to be thrown into the castle dungeons.

Now in that city of Mithila lived a wise man named Uddalaka and his wife Sujata with their young son, Ashtavakra, so named because he was born with eight bends or deformities.  One day, Astavakra’s father did not return home from his teaching duties, and the boy could see that his mother was worried.

“Where is my father, and why are you sad, my mother?” he asked.

“He has gone to help answer the kings great question, and I am afraid that he too has failed and been put in the dungeons like so many others who have tried” sobbed Sujata.

“Then I will go to the palace and answer the king’s question to free my father!” proclaimed Ashtavakra, and, despite his mother’s pleading him to stay home, he set off for the royal palace at once. 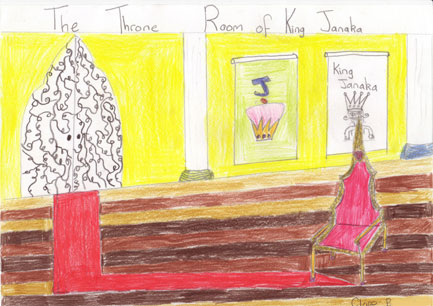 Upon entering the king’s throne room, Ashtavakra was greeted with jeers and laughter.  Looking up to the king, the child demanded in a surprisingly strong voice:

“King Janaka, why have you filled your court with shoemakers?”

A shocked silence descended on the court as the royal courtiers waited to hear the king’s response to this rude outburst.  But the king remained calm, asking “Why do you belittle my most trusted ministers like this?  Don’t you know that these are my most respected advisors?”

Ashtavakra replied “They must be shoemakers, because they look at me and see only my leather; only my deformities and my young age.  Do they not know that the soul is not limited to age or to this physical body?”

The king understood, and all the court felt the embarrassment we all feel when we make a mistake.  Ashtavakra sat on the chair reserved for those who would try to answer the king’s great question.


All things change, but that which remains true is within us.

“So what is your question your majesty?”

As the king explained his dream and his feelings since that night, the young sage listened patiently.  He then spoke to King Janaka in a strong, kind tone.  He reminded Janaka that neither the dream, nor the world we see around us are real if we lose the feeling of peace and contentment within us.

“All things change,” he said, “and that which remains true is within us.  Feeling that reality within dispels all doubts, but thinking and talking only leads to more doubts and discontentment.  If you truly wish to know your self, I have that mirror and I can help.”

The wise king Janaka’s heart began to open to this message from the little boy.  He accepted his offer and they became the best of friends: the great king was a student to the young boy and Astavakra’s father, along with the other prisoners, was released.

King Janaka reigned for many years and was well loved by his people.

Big thank you to the children who gave me their drawings for this page.

Go from Ashtravakra story to the blog for more fun!