Here’s something to think about while doing your meditation or healing techniques for self and others. It can be included in your Plasma Sphere or distance healing sessions or done on its own. Its effectiveness – like most things in life - comes down to practice, repetition and sincere intention.

The following section is adapted from David Wilcock, The Source Field Investigations, 2011, pp 95-96

Dr. Ihalekala Hew Len, an Hawaiian psychiatrist, discovered a technique that could substantially increase health and happiness in the psychiatric ward he managed. It didn’t start out well: “That ward where they kept the criminally insane was dangerous. Psychologists quit on a monthly basis. The staff called in sick a lot or simply quit. People would walk through that ward with their backs against the wall, afraid of being attacked by patients.”

Dr. Len’s job allowed him to be completely isolated from the ward – he reviewed patients’ case files to prescribe medication and / or treatment plans with the staff. Nonetheless, by simply holding each patient’s file in his hand and practising the “Ho’oponopono” we are about to discover he got results.

After a few months, patients that had to be shackled were being allowed to walk freely… Others who had to be heavily medicated were getting off their medications. And those who had no chance of ever being released were being freed…. Not only that…but the staff began to enjoy coming to work. Absenteeism and turnover disappeared.  We ended up with more staff than we needed because patients were being released, and all the staff was showing up to work. Today, that ward is closed.

What exactly was Dr. Len doing while he reviewed each patient's file? He simply took on their pains and problems as if they were his own and worked on healing those issues within himself

"I just kept saying ‘I’m sorry' and 'I love you' over and over again.'' Dr. Len was practicing his own variation of a Hawaiian spiritual practice called Ho’oponopono.

Dr. Len recommends going inside to wherever you feel hurt by a particular person or issue, and then saying each of these four statements with as much feeling as possible-thinking through the real reasons why you genuinely feel this way:

That's all it takes. You heal the other person by healing yourself - and this apparently works because in the greater sense you are both sharing the same Mind.

I have recently completed a training in Ho'oponopono therapy and have added it to my classes and healing sessions with clients because it makes so much sense to me...and after a visit to Hawaii in 2016, I have a deeper appreciation of all things Polynesian.

I read the above passage by David Wilcock some years ago and was intrigued. I was then relieved to find an accessible course online hosted by Joe Vitale and presented by the remarkable Dr. Hew Len himself. There's more to it than the above mantra of course but it is simple, effective and applicable to any situation if we're willing to take 100% responsibility for that situation or experience. 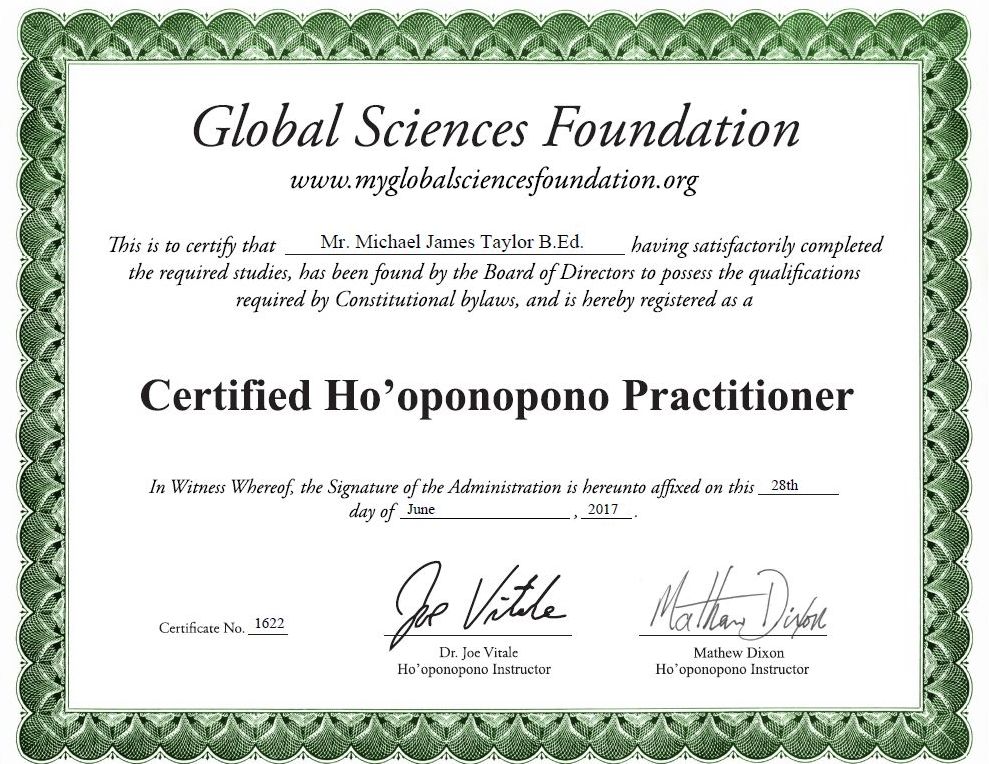